Problems with politics: a discussion

This was the first event forming part of JCI Malta’s project titled 𝐂𝐇𝐀𝐍𝐆𝐄 𝐏𝐎𝐋𝐈𝐓𝐈𝐂𝐒. The project is aimed at holding healthy, engaging and honest discussions on politics, with the viewpoint that change is possible. ‘Problems with Politics: A Discussion’ tackled The Voter’s Perspective. Keynote speaker and Past JCI President Chiara Milani spoke about her point of view and experiences as a person who was involved in politics through her job as a journalist, but not as a politician. This was then followed by a panel discussion comprising various speakers whose lives have touched politics and who have opinions, thoughts, and advice to share with the audience.

Off the Cuff Public Speaking Competition

Extempore or Off the Cuff Public Speaking is a favourite skill in JCI, so as part of the JCI Malta National Convention 2021 was dedicated to an Off...

END_OF_DOCUMENT_TOKEN_TO_BE_REPLACED 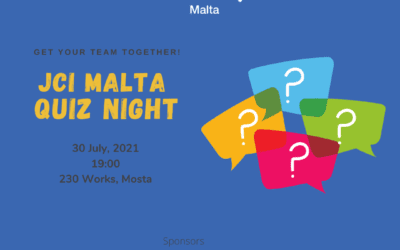 Having fun as an organisation is an important side of what we do, and how better to do this than with a brain-busting quiz night? The JCI Malta Quiz...