Do you know a young and outstanding academic?

Recognition is one of the most basic morale boosters anyone can give to people fighting the good fight; to those bettering society with their knowledge and skills.

The JCI Ten Outstanding Young Persons (TOYP) Awards aim to recognise 10 young people (aged 18-40) coming from different sectors of society who have proven themselves to be true leaders of positive change. One such award is the ‘Academic Leadership or Accomplishment Award’.

This award serves as a nod to the outstanding efforts of individuals and organisations contributing towards education, by developing means to improve the current educational system.

The past winner of this award (previously named Quality Education) was Vanessa Vella. Vanessa Vella is a Software Engineer intrigued by anything STEM-related and currently working towards bridging the gender gap in Tech. In fact she co-founded and runs a Non-Profit Organisation called MissInTech which strives to help introduce more women to technology. Their drive has seen them exhibit and participate in a number of events both locally and internationally trying to raise interest in Tech and STEM subjects amongst girls as a career possibility. During her free time, alongside other members, Vanessa organises workshops to help children discover technology, through the use of robots and programming.

The JCI Malta version of the TOYP Awards will lead the 10 chosen winners to be nominated for the JCI Ten Outstanding Young Persons of the World Programme (JCI TOYP) where they will compete with nominees from all around the world to win this same award, but on an international scale! Next year, the awards ceremony will be held in Johannesburg, South Africa in November 2021.

The original TOYP programme was developed by Durwood Howes, President of The United States Junior Chamber of Commerce during 1930 – 1931. He conceived the idea of recognising outstanding individuals by publishing a yearbook entitled ‘America’s Young Men’ which highlighted the work of 12 exemplary leaders each year.

The United States Junior Chamber officially adopted the programme in 1938. Since 1952, numerous JCI National Organisations have established their own Outstanding Young Persons Programmes. Past recipients of national awards include well-known personalities such as Orson Welles, Howard Hughes, Nelson Rockefeller, John F. Kennedy, Henry Kissinger, Gerald Ford, Benigno Aquino, and many more, all named before the age of 40 and before they had achieved national prominence.

This award is sponsored by BRND WGN. 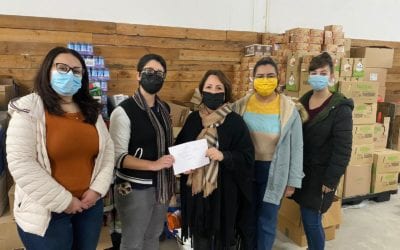 Starting in November 2020, JCI Malta ran the Make a Miracle Happen Christmas campaign, in aid of the Foodbank Lifeline Foundation. The campaign...

END_OF_DOCUMENT_TOKEN_TO_BE_REPLACED 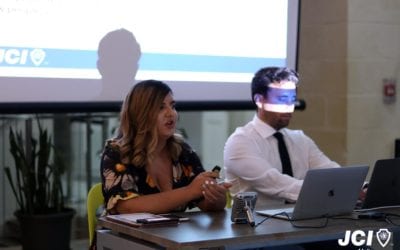 In 2021 we will aspire to be leaders for change…will you?

Nicole Borg - 2021 JCI Malta National President 2020 saw a year of turmoil and challenges for leaders around the world. We saw leaders that...