JCI Malta is thrilled to announce that Dr Anthony Galea has been crowned as the 2018 JCI World Champion for Public Speaking. Galea was representing Europe in the competition at the JCI World Congress in Goa, India.

In India, Galea delivered a speech based on the theme which stated that “The group with the greatest ability to motivate other young people to create positive change are young people themselves.”

Galea spoke about the importance of science communication in dealing with climate change. He used his speech to empower JCI members between the ages of 18-40 to create positive change in their communities.

Galea started his journey after he won the Public Speaking Championship held in Malta. The competition was organised by KNZ, ESU Malta, and JCI Malta. Galea then won the European JCI Public Speaking Championship held during the European Conference last June in Riga, Latvia. This meant that he was to represent Europe in the public speaking competition in India.

Following this win, JCI Malta National President Jonathan Mifsud said that “This is the first time that Malta competed in this worldwide competition. Arriving to this stage is an achievement in itself but winning really makes all the hard work and dedication shown by Dr Galea and his mentors worth the effort.” Mifsud reiterated JCI Malta’s commitment to continue to provide development opportunities for the young people in Malta to help them improve their business, social, and public speaking skillsets. JCI Malta looks forward to helping other ambitious individuals in Malta to follow in Dr Galea’s footsteps and become the best versions of themselves. 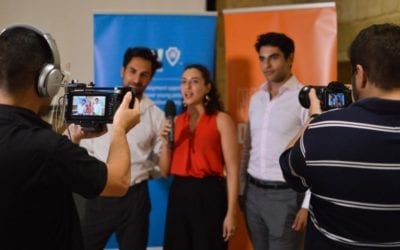 The team will represent JCI Malta at a European event in 2021 JCI Malta held its National Debating Competition on 22 August with a total of five...

END_OF_DOCUMENT_TOKEN_TO_BE_REPLACED 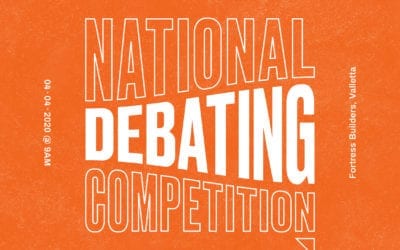 JCI Malta’s National Debating Competition is Back in August

JCI Malta is holding its National Debating Competition on 22 August and anyone between the ages of 18 and 40 is invited to register and debate. The...